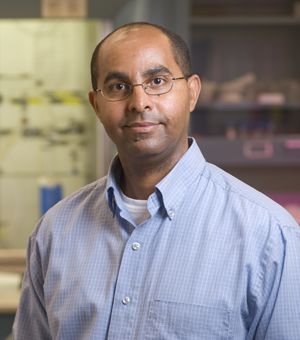 “The lack of sustainable and efficient chemical catalysts for many renewable energy applications, such as fuel cells and water splitting, and the unabated negative environmental impacts of fossil fuels remain among the most pressing issues we face today,” said Asefa, an inorganic and materials chemist. “As the cleanest fuel, hydrogen has long been expected to play a vital role in our future energy landscapes by mitigating, if not completely eliminating, our reliance on fossil fuels. We have developed a sustainable chemical catalyst that, we hope with the right industry partner, can bring this vision to life.”

Conventional hydrogen production methodologies use steam reforming and burning of fossil fuels. Significant research has been devoted to the process of splitting water molecules by electrolysis, which will produce hydrogen gas. These reactions though technically feasible are far from commercially viable due to the high cost of the catalysts used in the reaction.

“We have synthesized noble metal-free nitrogen-rich carbon nanotubes (NRCNT) that function at nearly the same level of efficiency as platinum,” said Asefa, a Montgomery Township resident originally from Ethiopia. “Other catalysts developed to date have been unable to support efficient functionality for both Hydrogen Evolution Reaction and Oxygen Redox Reaction – the two key operating processes needed to successfully create a marketable, sustainable fuel. Our catalyst solves this challenge without a significant degradation in the efficiency.”

In a recent scientific paper published in Angewandte Chemie International Edition, Asefa and colleagues reported that NRCNTs can efficiently electrocatalyze the hydrogen evolution reaction with activities close to that of platinum and function well under acidic, neutral or basic media alike, allowing them to be coupled with the best available oxygen-evolving catalysts, which also play crucial roles in the overall water-splitting reaction.

A patent is pending on the catalyst, which is available for licensing and/or research collaborations through the Rutgers Office of Technology Commercialization.

Asefa, who also is an Associate Professor in the Department of Chemical and Biochemical Engineering, joined the Rutgers faculty in 2009 after four years as an Assistant Professor at Syracuse University. In addition to catalysis and nanocatalysis, his research interests focus on the design, synthesis, and self-assembly of novel inorganic nanomaterials and organic-inorganic hybrid nanostructured and nanoporous materials and nanobiomaterials; nanomaterials for biological, medical, and biosensing applications; and nanomaterials for solar cell applications. He is the author of “Nanocatalysis: Synthesis and Applications,” published last year by Wiley & Sons, Inc.