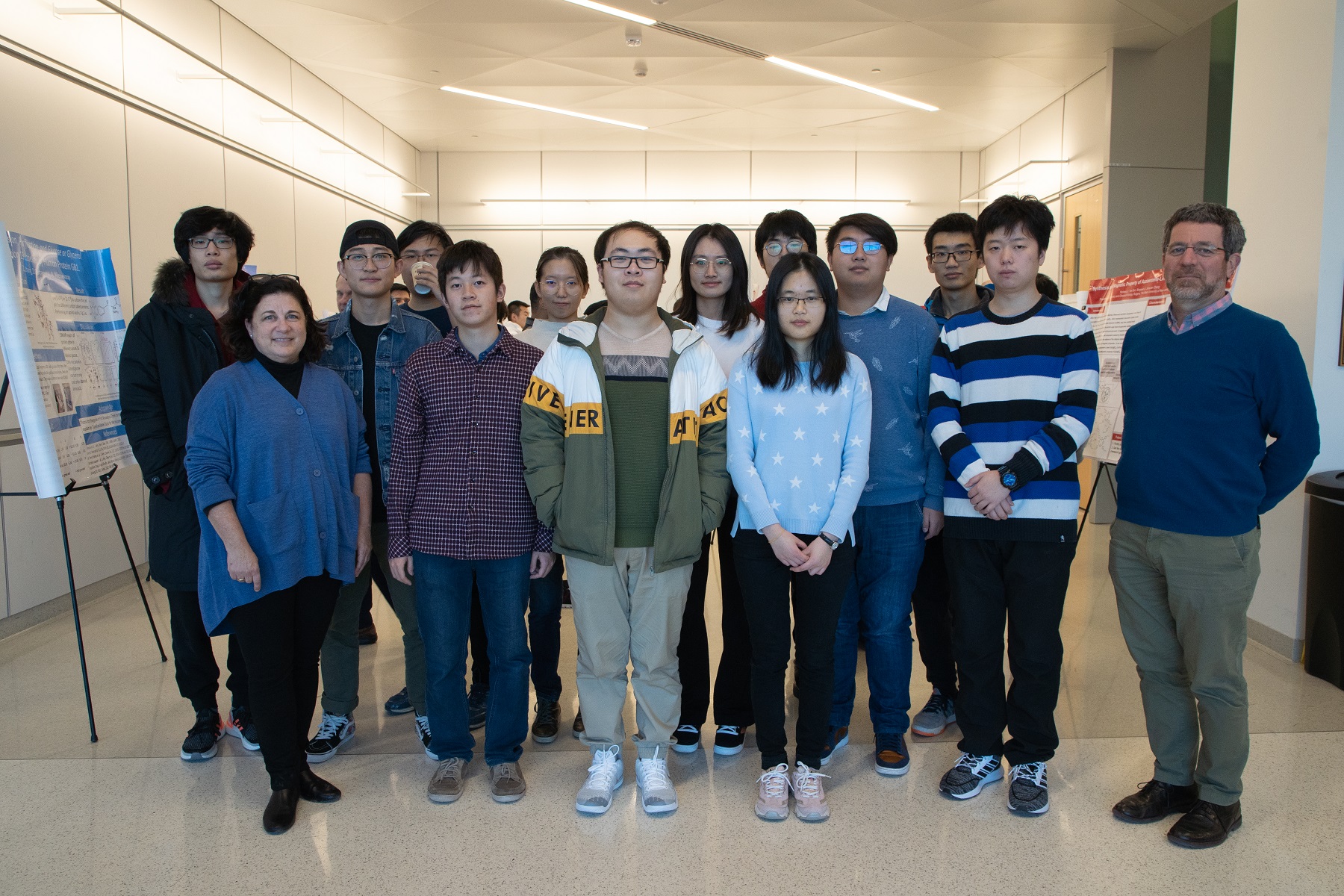 CCB recently celebrated the visiting Jilin University students with coffee and posters as they showcased their research from the semester.

Did you know that Rutgers University and Jilin University in Changchun, China have had a longstanding and rich partnership dating back to 1979? One of the many collaborations between the two institutions is the Rutgers-Jilin Chemistry Exchange Program, which has been taking place annually since 2012.

There are two components of the exchange program. In the summer, a group of Rutgers students spends six to eight weeks at Jilin University, participating in lab research, taking a conversational class in Chinese, and participating in cultural activities in China. In the fall, a group of Chinese students from Jilin come to the Rutgers—New Brunswick campus and spend a semester working in a chemistry research lab, taking an intensive English courses, and experiencing American culture.

Johanna Bernstein, Assistant Dean for Global Programs in the Department of Chemistry and at Rutgers Global, serves as director of the program and teaches two courses to the Jilin students. “This program is a great way for both Rutgers and Jilin chemistry students to get hands-on experience outside of their university—and country. And the students often tell me that their ‘down time’ on the exchange is as significant as the time spent in the lab,” notes Johanna Bernstein.

Abby Seo, a junior at Rutgers pursuing a chemistry degree, visited China for the first time this past summer through the exchange program, along with four other Rutgers students. She found Jilin to be a "beautiful campus, and quite similar to Rutgers." She added, "I wanted to do the Jilin exchange program, because it was an opportunity for a unique research experience, and it would expose me to new students and a new culture.”

In the research lab at Jilin University, Abby enjoyed having the opportunity to use equipment different from what was available at Rutgers, as well as work with faculty supervisor Professor Yan Wenfu. "I worked in an inorganic chemistry lab with the main focus on porous materials, and I worked on layered double hydroxides (LDH) made of aluminum," she said. "We used both x-ray diffraction (XRD) and Fourier transform infrared spectroscopy (FTIR) to analyze the products that we synthesized."

Outside of the classroom, Abby visited Harbin City, north of Jilin, taking in museums and a palace and enjoying the Russian-influenced architecture. She also had the opportunity to visit Beijing and some amusement parks during her time in China.

The best part of the trip for Abby? The hospitality. "Students were extremely welcoming to us, and it was great to see what they were working on in their own labs," she said.

Shengyu Fan, from the Hebei province in China, came to the U.S. for the first time this fall on the exchange program to continue his studies in organic chemistry. "I learned new things in the lab—a lot of things I’ve never done before. The whole experience has been wonderful."

Shengyu lit up when recounting the cultural activities included in the program, such as trips to New York City, Philadelphia, and Washington, DC. "I liked Philadelphia the best. There were too many people in New York and Washington," he said. As far as American food? He said that he enjoyed hamburgers, though not pizza.

Shengyu found the academic chemistry class challenging (but in a good way, he emphasized), and he liked the English course, as it helped him improve his conversational proficiency. Overall, he said his experience at Rutgers was "unforgettable."

Shengyu and his fellow Jilin chemistry exchange students were responsible for rigorous coursework as part of the exchange, including oral and poster presentations, as well as a number of papers. On Thursday, December 19, the exchange program culminated with a poster presentation at the Chemistry & Chemical Biology Building on Busch campus where all students had the opportunity to present their work at Rutgers. See below for photos from the event.