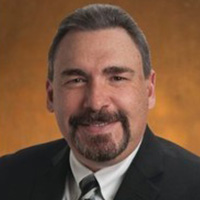 Dr. Robert M. Ianniello retired in 2016 from his role as Vice President of Analytics and Research Services, Catalysis Research at BASF. He is currently the Principal at RMI Consulting, LLC and a Visiting Professor at Rutgers.

Robert has over 30 years of experience in both basic and applied research and was responsible for new materials R&D, materials characterization, precious metals analysis/methods development, and new technology discovery in the areas of petroleum refining, chemicals, and polyolefin catalysis. He directed a product and formulation research development department in the areas of pharmaceutical, agricultural, and beverage science, among other areas.

Robert has been a member and former President of the governing board of the Eastern Analytical Symposium since 1994, and President of the International Precious Metals Institute (2011 – 2012). He was also a member of the advisory board (curriculum) of the College of Arts and Sciences of St. John’s University (2004 – 2007).

He is currently a member of the industrial advisory board at the County College of Morris and an Adjunct Professor at Union County College. He has published 33 research papers and holds 10 patents.