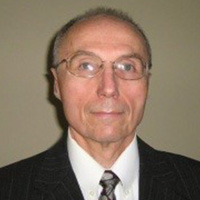 Bill joined Johnson and Johnson (J&J) in 1980 as a synthetic organic chemist. During his career, he held positions in medicinal chemistry, and chemical and pharmaceutical development. He worked in therapeutic areas including inflammation, cardiovascular, hematology, oncology, metabolic disease, and urology.

In the late 1990s, Bill helped establish J&J’s La Jolla facility as well as concurrently leading their east coast chemistry effort. In 2003 and 2004, he led J&J’s Chemical and Pharmaceutical Development Group and played a key role in the acquisition and integration of 3DP Pharmaceuticals, and Transform Pharmaceuticals in 2005.

Bill received his Ph.D. in Chemical Biology at the State University of New York at Stony Brook followed by a Post-Doctoral Fellowship in Chemistry at MIT.

He is author of over 100 refereed publications and inventor on over 50 issued U.S. patents. He has served and continues to serve on the advisory boards of a number of academic institutions and focused on chemistry, medicinal chemistry and chemical biology as well as the advisory boards of several biotech startups and a non profit.  He has given numerous invited lectures in the areas of Synthetic Organic, Pharmaceutical, Medicinal Chemistry and more recently outsourcing strategies in Asia.

He is currently Principal at WVM Pharma Consulting LLC.