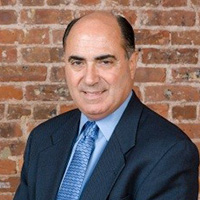 Anthony Cicatiello is a Founding Partner and Chairman of CN Communications. He is responsible for media relations and public affairs consulting, and serves as senior producer of film and video production for CN client projects.

He also serves as President of CN’s client, the Research & Development Council of New Jersey.

Tony has counseled research universities, Fortune 500 companies, regional utilities and municipalities, and other institutions of local, national, and international stature. As advisor to former governor Thomas H. Kean, he brings a deep understanding of political affairs dealing with public issues as diverse and difficult as healthcare policy, economic development, and environmental responsibility.

Tony has been part of several productions of films for public television and co-produced an Emmy nominated documentary, entitled “Engineering Ground Zero” which tells the story of engineering, innovation, and perseverance in the reconstruction of the World Trade Center site.

He received his BS in Biological Sciences and MPA from Ohio State University in 1970 and 1973 respectively.

Tony previously served for 14 years on the Rutgers University Board of Governors, as Chairman of the Commission on the Future of the State Colleges in New Jersey, and on the National Communications Advisory Council of Ohio State University. He served as a member of the Branding Committee of the New York Stock Exchange and on the Boards of Elizabethtown Water Company and Spencer Savings Bank. For community outreach, he served on the Boards of the George Street Playhouse in New Brunswick, and the National Conference of Community and Justice, New Jersey Chapter. Tony currently serves as Chairman of the Schumann Fund, a philanthropic organization committed to advancing ideas and opportunities to improve the lives of vulnerable children and families.