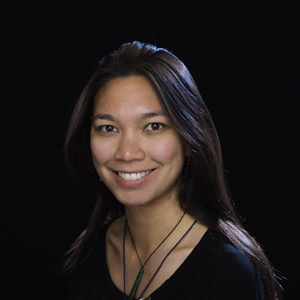 Why did you choose chemistry as your major?

I’m the daughter of two biologists, so in order to distinguish myself from them as much as possible, I decided to pursue the radically unrelated field of Chemistry! (I also inherited my sarcasm from my parents.) I also had a really great experience in high school chemistry, so I was eager to jump right into Principles of Organic Chemistry my Freshman year. When I discovered that the Chemistry major housed a close-knit group of students and incredibly supportive, talented teaching faculty, I decided I definitely wanted to stick around for the major.

When I was a student at Rutgers, I loved the friendships I formed with my peers in the department. There’s nothing like a long day in Organic Chemistry Lab to get you to bond (maybe even covalently!). I still love doing the dishes at home, a direct byproduct of the fact that washing glassware was our “social time” during the labs as we gathered around the sinks.

After I graduated, I appreciated the strong foundation the major fostered in quantitative science by requiring that I take coursework not only in Chemistry, but also in Physics and, especially, Mathematics. As a graduate student in Biology, I had a leg up thanks to these quantitative skills.

Now, almost ten years out from graduation, I also appreciate the fundamental intuition about molecules that I gained both as a student in Principles of Organic Chemistry, and later in graduate biochemistry courses. It’s true that, on a daily basis, I don’t do much chemistry – at most, I sometimes quantify nutrient availability in the soils or seawater that I sample. But the intuition I have about how electrons ought to behave and how energy is stored in bonds affects my understanding of how enzymes work in cells, why certain compounds are more bioavailable than others, and why organisms can make a living on certain substrates and not others.

I’ve just begun an Assistant Professor position at the University of California, Santa Barbara, in the Department of Ecology, Evolution & Marine Biology. Because I haven’t stepped fully into my role as a faculty member yet, I can’t precisely describe the job. But in a couple years, once my lab is set up and populated and my teaching load has settled out, I expect to spend my time doing research (and mentoring the next generation of young scientists – if you’re one of them and interested in ecology, look me up!), teaching (and bringing tons of chemistry and mathematics into my lectures), and continuing to talk about the most exciting science I can imagine doing with some of the smartest people I’ve ever met.
I feel incredibly privileged to say that I absolutely love my career. What fascinates me most is something called “acquired metabolism.” Normally, we think of metabolism as something that’s “hard-wired” in an organism—specified by the metabolic reactions encoded in its DNA. But in reality, many organisms acquire new pathways within their lifetimes from other species. For example, we humans rely on bacteria in our gut micro biome to help us digest the food that we eat. Bacteria can incorporate pieces of DNA that encode whole new metabolic pathways. And there are even organisms that steal chloroplasts from the algae that they eat in order to become photosynthetic!

As an academic scientist, I have incredible flexibility in being able to work on amazing systems like these, using a combination of observational work that gets me outdoors into the field, experimental work that helps me get to the details of organism biology in the lab, and mathematical modeling that helps make sense of all that detail! For me, the best part is probably writing down those mathematical models—coming up with the perfect, elegant set of equations that describes a beautiful biological system. Don’t ever let anyone tell you whiteboard markers smell bad, or that math isn’t sexy!

What was your first job after Rutgers and how did you get it?

Having done biological research since my Junior year, I decided to apply to Ph.D. programs during my Senior year at Rutgers. After graduating, I immediately entered the Massachusetts Institute of Technology / Woods Hole Oceanographic Institution Joint Program in Oceanography. I have to admit that, while I learned a lot, made incredible friends, and did some cool research, I really struggled to find my science “niche,” and actually “dropped out” of the program with a Master’s degree and finished my Ph.D. elsewhere. There are at least two lessons I took away from this experience:

First, it can be really helpful to take some time working in labs and trying out different types of research before you take the plunge into a Ph.D. program. Particularly if you feel (as I did) that absolutely everything in science is incredibly exciting, it’s worth spending some time trying to figure out not only what questions inspire you, but also what type of work you want to be doing on a daily basis. In my case, working out how the Antarctic food web fits together was an inspiring and exciting idea—penguins, right?—but hacking through model code on the computer from 9-5 wasn’t my cup of tea in practice.

Second, you can change your mind, and change your career direction. Deciding to leave a Ph.D. program was one of the most frightening things I’ve ever done. But in the end, it worked out wonderfully—the Ph.D. advisors I left behind remain my biggest advocates, and I was accepted with open arms back into a program I’d previously declined. I remember that experience whenever I’m afraid I might make a wrong decision— I can take the plunge, but swim to the edge and get out of the pool if I don’t like it!

How did you move from that first job to your current position?

I’ve taken a pretty traditional academic path, working my way straight through a Master’s degree, a Ph.D., a postdoctoral fellowship, and now entering into an Assistant Professorship. That said, there are as many paths to professorship as there are faculty members! I have faculty friends who went to graduate school after spending ten years teaching high school and middle school science, who “took a break” from science after their Ph.D.’s to pursue policy in Washington D.C. or to do some science writing, and who changed the type of research they do every step of the way!

Looking back, what classes or experiences at Rutgers would you point to as contributing to your successes?

Without a doubt, the most important course was the Senior Seminar series! It’s true that my career rests on the scientific foundation I gained in all of my Chemistry and Biology courses at Rutgers, but the Senior Seminar taught us professional skills that have been absolutely invaluable to me at every step of the way. In particular, practicing giving scientific talks (and reading Michael Alley’s book on “The Craft of the Scientific Presentation”) gave me a successful formula that I use when I teach, give research talks at meetings or on the job market, and give public seminars.
A few months ago, I was invited to give a talk at an Early Career Scientists Symposium alongside other early-career scientists in my field. Of the ten speakers, I was the only one who had ever had formal training in how to deliver a scientific presentation. Thanks to Senior Seminar, I’ve won awards for presentations, gotten a leg up in the job market, and ultimately secured a faculty position.

What advice do you have for our current Arts and Sciences students?

Everyone’s path to success and fulfillment is their own, but I’ve found it helpful to identify people that I admire (in my case, based on their scientific work, but there could be many other aspects) and think about what their day-to-day life actually looks like, and how they built that life for themselves. But those thought experiments only get you so far. Eventually you’ve got to try things out for yourself. When it comes to that, I’ve got to pass on the most stellar career (and life!) advice I’ve ever gotten, from Sally Chisholm, an amazing scientist and professor at MIT. Sally told me that trying out a career is like buying a new pair of shoes. How many times have you tried on a pair in the store, decided they looked and felt good, and brought them home, only to discover the first time you wore them for more than an hour that they covered your feet with blisters? And then, where do they end up but the back of your closet? The point is, just like shoes, it takes a real test run to decide whether a career fits you or not – so you should never feel bad about investing that time and effort. And if the career doesn’t work out? There are more shoes in the store.