The Goldman Group - About Alan 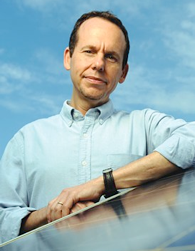 email: This email address is being protected from spambots. You need JavaScript enabled to view it.
phone: 848-445-5232 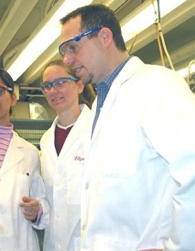 Alan S. Goldman received his B.A and Ph.D. from Columbia University. His doctoral research, conducted under the guidance of David R. Tyler, centered on the mechanisms of photoinduced organometallic reactions. As an IBM Post-doctoral Fellow in the lab of Jack Halpern at the University of Chicago, his research focused on the development and mechanistic studies of iridium polyhydride systems for the catalytic hydrogenation of esters.

Alan served as the Chair of the 2008 Gordon Research Conference on Organometallic Chemistry and was a member of the International Advisory Committee for the International Conference on Catalysis commemorating the 100th anniversary of Indian Institute of Science, Bangalore. He is the winner of the 2012 ACS Catalysis Lectureship for the Advancement of Catalytic Science and the 2019 ACS Award in Organometallic Chemistry.